What Do My Dancer’s Scores Mean? 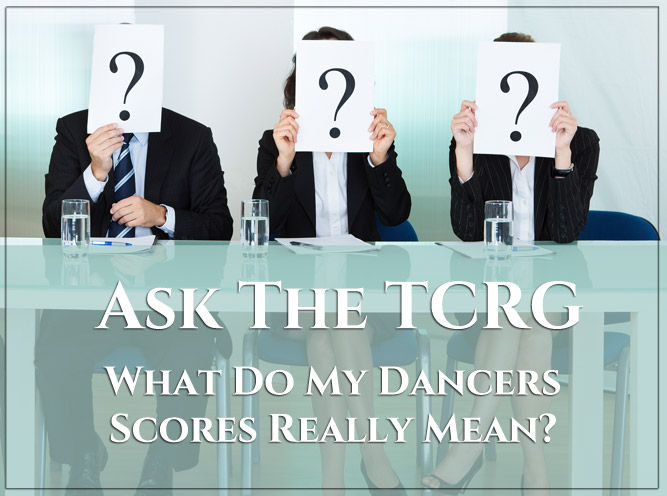 Question: What do my dancer’s scores really mean?

Answer: “So my daughter got a 90, and the winner was a 95. She was only 5 points away. So close!,” is a common statement made by a lot of Irish dance parents. But is a 95 “so close” to a 90? Maybe… maybe not… let’s use an example scoring fruit the Irish dance way.

And the awards are:

So, it may be safe to say that the pineapple was 5 points away from the kiwi, and that there was meaning behind the distance between the two. However, take the banana, pear, and apple, these placements are 0.5 points away from each other. It may not mean that the judge liked them that closely. The judge didn’t know what fruit would come up and placed them as he tried them. Sometimes the placement is just a way of putting dancers in a consecutive order according to the judge’s subjective preference.

Did this help? Leave a note in the comments below.

Have a question for the TCRG? Send it to us at goinfeisin@yahoo.com.

Ask the TCRG is brought to you by Goin’ Feisin’ and Joni Muggivan, TCRG. Joni Muggivan has been a TCRG for 10 years. She runs the Muggivan School of Irish Dance and has three successful dance studios in New Orleans, LA and Richmond and Fredericksburg, VA. She is 100% dedicated to promoting the art and culture of Irish dance, and in addition to her multiple dance studios, also runs the only Irish dance camp designed to bring Americans to Ireland, Dance on the Shannon. She also serves on the Board of Directors for the Irish Festival, Irish Fest New Orleans.